I participated in the SEx flash fiction again on Sunday. The theme was pirates. I've read some awesome romance novels that featured pirates in the lead roles and while they had the power to get my heart pounding, it was never really something that I much of a desire to write about. So when I saw the pirate theme, I decided to put a modern day spin on it.

Remember flash isn't necessarily a whole story...hell, sometimes there's not enough free time in my day to even complete a scene that I'm working on. The idea of the flash writing is to write within the limits of 100 word bites...kind of like a serial. With that being said, I hope you enjoy Ravaged. 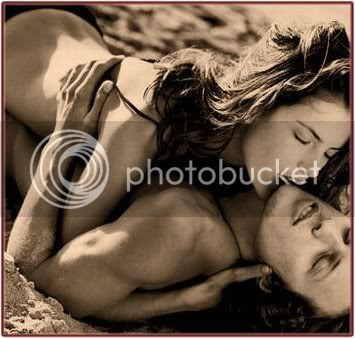 ONE
Macey stretched across the seat of the flat bottom rowboat, the soft romantic sounds of Seether and Amy Lee whispering in her ears. The rhythmic shifting of the water lulled her restless mind toward thoughts of Nathan. His lips on hers. His hot words against her neck. Hands stroking her breasts and fingers teasing the elastic of her panties. Her hips lifted at the memories. The daydream heated her from the inside quicker than the sun beating down on her bikini clad body.

She jerked in terror as the wet hand cupped her mouth and the tiny headphone plucked from her ear. A stubble roughened cheek rested against hers. Macey’s heart pounded in her chest. “I’m taking over this vessel, sweetheart.”

TWO
The terror subsided, but Macey’s blood still pounded through her. Nathan had hoisted himself over the side of the boat, pulled the anchor and headed for the little island in the middle of the small lake. Her eyes followed the tiny streams of water that dripped from his shaggy hair to his chest, streaking over his tight masculine nipples. She wanted to sample that hard tip with her tongue, test the surrounding muscle with her teeth. The muscles of his arms and shoulders bunched and rolled as he propelled them through the water.

Everything in her clamored as his bright green eyes clashed with hers. She shivered at the intense heat she saw there, her body softening as it prepared for what he was planning to take. Goosebumps covered her skin as the corner of his mouth lifted in a wicked grin filled with promise. His gaze dropped to the peaks of her small breasts beaded and aching beneath the thin scraps of her top.

THREE
The bottom of the boat scraped along the sand and Nathan jumped over the side, splashing water as he pulled it farther up the beach. With a growl, he grabbed Macey and the towel she’d been lying on, and lifted her against his chest. The heated flesh drawing a moan from her.

Long legs carried them into the dense foliage just beyond the beach. Macey quickly found herself flat on her back, Nathan’s body pressing into her. The thin fabric of their swimsuits afforded no protection against the length and heat of his erection. She wrapped her legs around his lean hips, accepting him in the cradle of her body.

His fingers wound in her hair, holding her head exactly where he wanted it. His eyes on Macey’s as his head bent and he took her lips, his tongue stealing into her mouth and sliding against hers. He groaned. The sound vibrated through Macey and she clutched at his hips as he thrust against her sex.

“Please, baby.” Dragging his lips from hers, he kissed her neck, shuddering in her arms. “Let me in, Mace.”

With a small tug of the string securing her bottoms, Macey surrendered.
at 12:00 AM