Veggies ... with a side of veggies, please

If you follow me on Facebook, you have heard me talking about a pretty significant lifestyle change that occurred just about three months ago. My husband and I switched to something called a "plant-based diet," which for all intents and purpose was Vegan. And we switched over completely from one day to the next. We eliminated meat, dairy, and eggs. If it had a face or a mom, it was out.

For I'd say a solid two months, that's how it went too, with a couple areas that I would let something slip in. I'd have a piece of cheesecake or a couple of Girl Scout cookies.

I cooked some amazing food too. There are a lot of really helpful websites with easy to follow recipes: www.veganhousewives.com, www.dailygarnish.com, and of course the website based on the documentary that got us going down this road, www.forksoverknives.com. Some I followed precisely, others I added a little of my own flare to; but either way we've eaten some delicious meals. Still learning new tips and tricks to make things easier and faster.

Then it reached a point where I was simply tired of cooking every single night. I've had a lifetime of either throwing the packaging away after the meal or just leaving the restaurant. Not that I haven't cooked throughout the years -- of course I have. It's been comfort foods that I could make with my eyes closed though. These meals I'm creating now consist of ingredients I'd never even tasted, much less actually cooked with. "Smart Ground" and Tofu. Silk brand dairy products. Tofutti. Yep, all new.

And there were other things that tripped me up at first. Like wanting to bake a dessert or something and not having a specific ingredient ... like an egg replacer. Or something like powdered maple syrup, which I never actually found. I just used brown sugar. [shrug]

This brings me to another point ... sticker shock at the grocery store. O.o At least initially. It was also a little discouraging to spend a hundred bucks at Kroger and have nothing at the end saying "You saved [this much] on your order!" Over these months, I've become more familiar with what's available and what works for us as far as taste, cost, and life of opened products, so we're wasting much less in terms of leftovers and such. Thankfully. No one wants to throw out food ... especially when it costs so much these days. 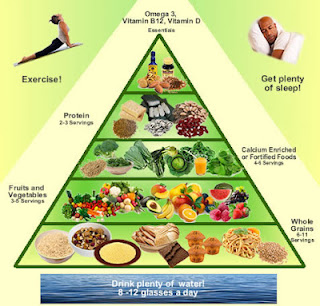 In the first several weeks, hubby and I each lost about ten pounds. I went on to lose about three more and Rog lost another 8-10. He's staying pretty consistently around that weight, but I have gone back to about ten overall pounds lost.

During the last month, I've really struggled with having no dairy. There are some things that just taste better with cheese: nachos, pizza, and lasagna. I realize that cheese is high in cholesterol and that's one reason I have tried to stay firm against eating it ... at least too much. I have not been doing too well the last month though. Plus it's ice cream season. But ice cream, like cheese, tends to have too much cholesterol, as well. And my cholesterol and our hearts are what sent us on this path in the first place.

One thing I don't miss. Meat. It's not that I don't love meat. I do. Or at least I did. I'm realizing though that meat is in a lot of stuff. Another thing I'm steering clear of is most processed stuff. WAY high in sodium and/or cholesterol. Even stuff in the organic and healthy areas of grocery stores.

For the most part, I'm happy with this new way of eating. I feel that I'm helping to undo decades of eating a diet filled with all the crap that everyone else was eating too. All we have to do is look around to see we've been doing something very wrong for many, many years.

I need to reevaluate where I'm at with this though. The changes I've made are good ones, without a doubt. It needs to become more streamlined and less work. Eating shouldn't consume huge portions of the day. I'm working on that.

So how do I refer to our way of eating? I guess I'd call it flexitarian ... but mainly because of the dairy products that tend to meander in more often than I want to admit. I'm still off the meat and eggs and completely fine with that. What I mean by being off the eggs is that I haven't actually eaten an egg -- like fried or hard-cooked, or in anything that I've cooked from scratch. I have eaten things that contain egg, though it's rare. A cookie or piece of cake, something like that.

I'll admit that since slacking on the dairy restrictions, my tummy doesn't feel as lean as it did in the first couple of months. Just bloated feeling and uncomfortable. Makes be wonder if it's really worth the short term deliciousness of the lasagna. Probably not. Need to dig back in to the recipes and get back on board. I loved the way my body felt during those first weeks. Healthier. Happier.

Next up ... a soft yoga program to go along with my daily walks and fifteen pushups. I feel that I've lost strength or muscle and I'm not sure why, but I want to regain it.

Then it's time to get my cholesterol rechecked. I figure it has to have improved since the numbers two years ago.

It's good though. There have been some slip ups, but this is life. All the changes that I've made have got to more than make up for any small sampling of the foods that brought comfort the majority of my life. Now please pass the veggies.
at 4:40 PM

Email ThisBlogThis!Share to TwitterShare to FacebookShare to Pinterest
tags: life 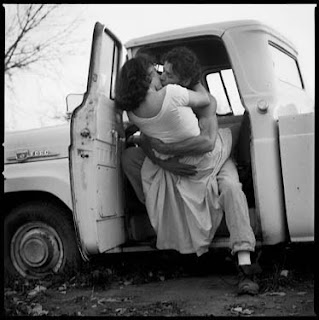 Leave a three word comment here (as well as your email address) and receive a copy of my e-book, The Letter!
at 9:19 AM 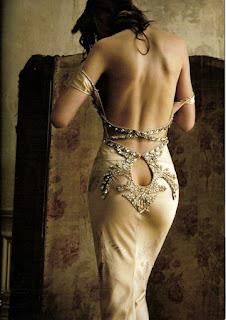 There's something inherently captivating about catching a glimpse of sexy in an unguarded moment.﻿
at 7:48 AM