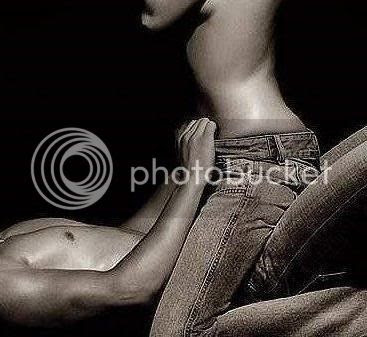 This flash is from several months ago and is only a partial, but it definitely warmed up quickly. Who knows, maybe someday I'll get back to these two lovers on their hayride.

ONE
Kit burrowed into the blankets Ethan had situated for them before helping her up on the wagon. Lying beside her husband, she wondered why on earth he’d insisted on attending this silly party in the first place.

Her illness six months ago, followed by recovery and physical therapy left her wiped out most days. Ethan’s quiet support had buoyed her during those dark months, and he had really wanted to see some of their friends, so she had agreed. During the drive, she had secretly been wishing for her warm jammies and the new book she’d downloaded.

She had to admit, the steady beat of his heart beneath her ear and the moist mingling of their breath beneath the blankets had her own heart rate skipping. The warmth of his fingers stealing beneath her loose sweater to stroke her lower back had Kit moving her thigh over Ethan’s lap and tilting her hips against his.

His low murmur of approval sent heat streaking through her.

TWO
The feel of Kit’s heat snugged against him had Ethan instantly hard. For months, the thought of taking his release in the warmth of her body had made him feel sick with his self-loathing. He’d nearly lost her. She hadn’t needed him grunting and sweating all over her.

Kit shifted until she straddled him, her breath soft against his neck. The rhythmic swaying and shifting of the wagon had her soft mound grinding against his rigid flesh. Her low moan in his ear, followed by the light bite, sent arousal inching down his spine, tightening his balls. Christ.

His hands drifted over her silky skin, cupped her breasts, his fingers rasping against the sensitive peaks. Her soft gasp electrified the air between them, even as his heart crowded his throat and his hips gave an involuntary thrust upward.

THREE
Sucking the heavy pulse at Ethan’s neck, Kit shuddered with the wicked sensations curling through her. The lips of her sex wept at Ethan’s touch on her bare flesh. She craved what he could do to her.

“Undo your jeans, baby.” His voice low, desperate. “I need to touch your soft pussy.”

At his words heat exploded through her, her clit ached, anticipating his touch. She quickly unfastened her jeans, and his as well. As she eased the zipper down over his cock, she couldn’t resist sliding her fingers inside his briefs and gripping him tight, gliding her thumb along the damp slit.

FOUR
She continued the long, twisting strokes and Ethan thrust into her hand. Shit, he was going to fuck this up by coming in her hand and that simply wouldn’t do. He wanted his fingers deep in his wife’s pussy while she panted and moaned for him.

Ethan grabbed her hand and rolled them onto their sides. Tugging the jeans down, he snaked his hand inside her panties. His trembling fingers smoothed over the soft damp curls and when he parted the silky folds of her labia, hot cream covered his fingers.

He found her mouth in the darkness, sweeping the depths with his tongue, tasting her, absorbing her gasps and cries as he circled the hard bud of her clit with his thumb.
at 12:00 AM