Hope to see you over on the Silver Expressions blog today. I'll be talking about a very special organization.
at 12:00 AM

Stoking the embers of everyday 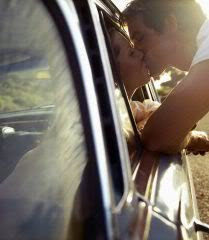 I had the opportunity to host Sunday Flash Fiction this past week. It's always interesting to see what I'm going to come up with for this writing challenge. Some authors are fortunate enough to have several completed works to draw excerpts from and post when a topic comes up that fits something they have. Me? Not so much. I'm working on increasing my backlist, but for right now I write from the hip, so to speak.

The theme I chose for Sunday's Flash was finding heat in normal, routine everyday life. My story -- The Right Fit -- featured Mia and Wayne, a young couple dealing with the typical stresses of life.

ONE
Mia pulled her minivan into the garage beside Wayne’s car, trying to tap down the dread as she cut the engine. Each time she arrived home, she had to stop herself from mentally adding things to the neverending To-do list. She glanced in the rearview mirror where Tess stirred in her car seat, then gathered her bag, purse, Tess’s bag, and the one shoe the baby had kicked off at some point during the ride from Wayne’s parents’ house where Tess had spent several hours this afternoon. She held her sleeping daughter in her arms, then picked up the travel mug from the cup holder. A reminder of something on the To-do list. With a sigh, she wondered if it was too much to hope that Wayne had repaired the dishwasher.

TWO
Damn it. Wayne looked around the kitchen, pissed that it had taken him the entire afternoon to fix one goddamn appliance, but he had fixed it. He hadn’t even begun to get things picked up though, and now his girls were coming into the house. Mia crossed the threshold, scanned the room and, if possible, her shoulders drooped even more. He immediately went to take Tess, then realized he was still covered in dirt and grease.

“Can you get the other stuff,” Mia whispered. “I’ll go lay her down.” Her words weren’t meant to be sexy, but Mia’s husky whisper sent a jolt of response to the area directly behind his zipper.

THREE
When she returned to the kitchen, it looked completely different. Tools gone and dishes loaded into the softly humming dishwasher. Mia glanced at Wayne as he stepped out of the laundry room, wiping his face and neck with a towel, drying his hands and arms before tossing it onto the washing machine.

She loved his hands. Wide palms and long fingers. He did wickedly sexy things to her body with them. When he slid those hands into the front pockets of his jeans, her attention settled on the ridge of his cock pressed against the soft denim.

“Mia?” She met his gaze, and his mouth shifted into a slow smile, letting her know he liked that she noticed his reaction to her. She felt a tug in her lower belly, heat curling outward making her nipples peak beneath her thin tshirt and her thighs clench together to intensify the throb there.

FOUR
The comfortable cotton skirt and tshirt she wore made his palms itch to get under them to her warm, smooth skin. Her nipples showed clearly, tiny buds tempting him, and in two steps, he had her backed against the counter. One hand curled into the hair she'd released from the ponytail she wore at work, tugging gently to tilt her head for his kiss, while the other hand smoothed beneath the tshirt over the soft slope of her belly to cup her breast and pinch the hard tight nipple.

She gasped against his mouth, then sucked his tongue like she would his dick, sending all the blood rushing to his crotch. Her hips tipped up, silently asking for more. “Lift your skirt up, baby.” His voice was graveled and rough to his own ears. “Let me feel your sweet pussy.” Mia shivered against him, but did as he asked.

Releasing her hair, he reached down and stroked her inner thighs, feeling the warmth of her sex through her panties. He found the hard nub of her clit through the thin material and Mia jerked in his arms, the nipple he still clasped puckering more.

Her soft murmurs against his neck and the scent of her arousal in the air had the blood roaring through him as he delved beneath the elastic. Her slippery hot juices coated his hand as he gently worked two fingers inside her, then followed quickly with a third as she started grinding on his hand.

FIVE
Mia couldn’t think when Wayne’s hands were on her. Her body took over and demanded completion. The stroke of his hand between her legs and inside her, drove her higher and faster toward an orgasm that would probably short circuit her brain.

“You’re so wet, baby.” His words were hot on her neck, his breathing rough and ragged as he fought for control. She needed him now. Tearing at his belt, Mia fumbled it open, then the button, easing the zipper down carefully over the erection straining there.

She pushed his jeans and boxers down, trailing her fingernails over the tight muscles of his butt. He loved her marks on him and growled his approval just as she’d hoped he would. His sounds of pleasure sent spasms along his fingers still thrusting inside her. She dragged her fingers around his lean hips to caress his damp cockhead, pre-cum slicking her finger.

Meeting his eyes, she sucked the digit into her mouth, mesmerized as green fire blasted her. “Now, Mia. I need you now.”

Through playing, Wayne lifted her to the counter and went to knees, his dark head between her thighs. She clamped one hand over her mouth to keep from screaming as he tongued the sensitive bud of her clit, then sucked it hard between his lips. She wrapped her legs around his shoulders, using them to grind against his mouth as she flew apart in his arms, her soft cries muffled by her hand.

He wiped his face against her thigh, then stood and in one smooth stroke entered her fully.

“God, Mia ... fuck, I’m not going to last, baby.” His whispers sent whips of hot flames through her. He thrust strong and fast, bringing her back to the peak as he ground against her clitoris. “You’re so sexy. Your pussy’s so hot.” He went deep, the pulsing of his orgasm sending her over with him.

Wayne leaned back and the completely satiated expression on his face made Mia giggle. He grinned, then eased out of her. Getting a washcloth out of the laundry basket filled with stuff to be folded, he wet it, then returned to wash her gently as she watched him.

When he was done, he stood between her legs again. “Anything else you need repaired, ma’am?” His words spoken against her mouth, lips swollen from his kisses. “I could get used to this kind of exchange for services.”
at 12:00 AM

So you've got a killer idea. What's your method of brainstorming it from the idea stage into a book? Do you have a board filled with sticky notes, or a group of friends that allow you to bounce ideas round and round, or do you write detailed time lines, or are you a wing-it kind of writer?